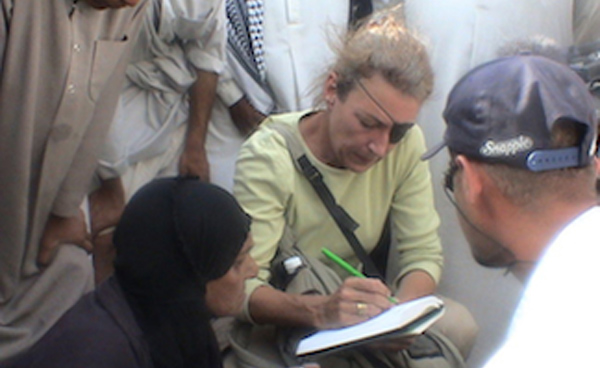 For a reporter, the war zone is fraught with dangers, but it also inspires a kind of rush, one that keeps foreign correspondents returning for tours of duty in some of the worst conditions on earth. This documentary by Barbara Kopple and Marijana Wotton interviews five women who have chosen careers covering war across the globe; even more fascinating than their stories is their inner strength and commitment to learning more about the people affected by the battles, the genocide, and the government oppression. Molly Bingham, a photographer, was held in Abu Ghraib for several days at the start of the Iraq war, and returned to the prison to confront her memories.May Ying Welsh, an Asian-American producer who works for Al Jazeera, confronts stereotypes from both the skeptical American soldiers she covers in Iraq as well as her Arab Colleagues at the news station.

Mary Rogers, no-nonsense camerawoman for CNN now based in Baghdad, has traveled extensively to cover war; her footage shot during a gun battle in Sierra Leone is particularly harrowing. The women laugh off the glamour associated with foreign correspondence, choosing instead to focus on the hard work, near-death experiences, and close relationships they forge with colleagues, many of whom have saved each other’s lives.

The filmmakers also look at the personal toll that comes with so much exposure to death and suffering, and the subjects are generous with their personal perspectives on how their chosen career affect their love lives, their families, and their personal well-being. Bearing Witness is a stirring testament to the extreme risks that journalists endure to help those off the battlefield to understand, in some small way, the enormity of the human experience.