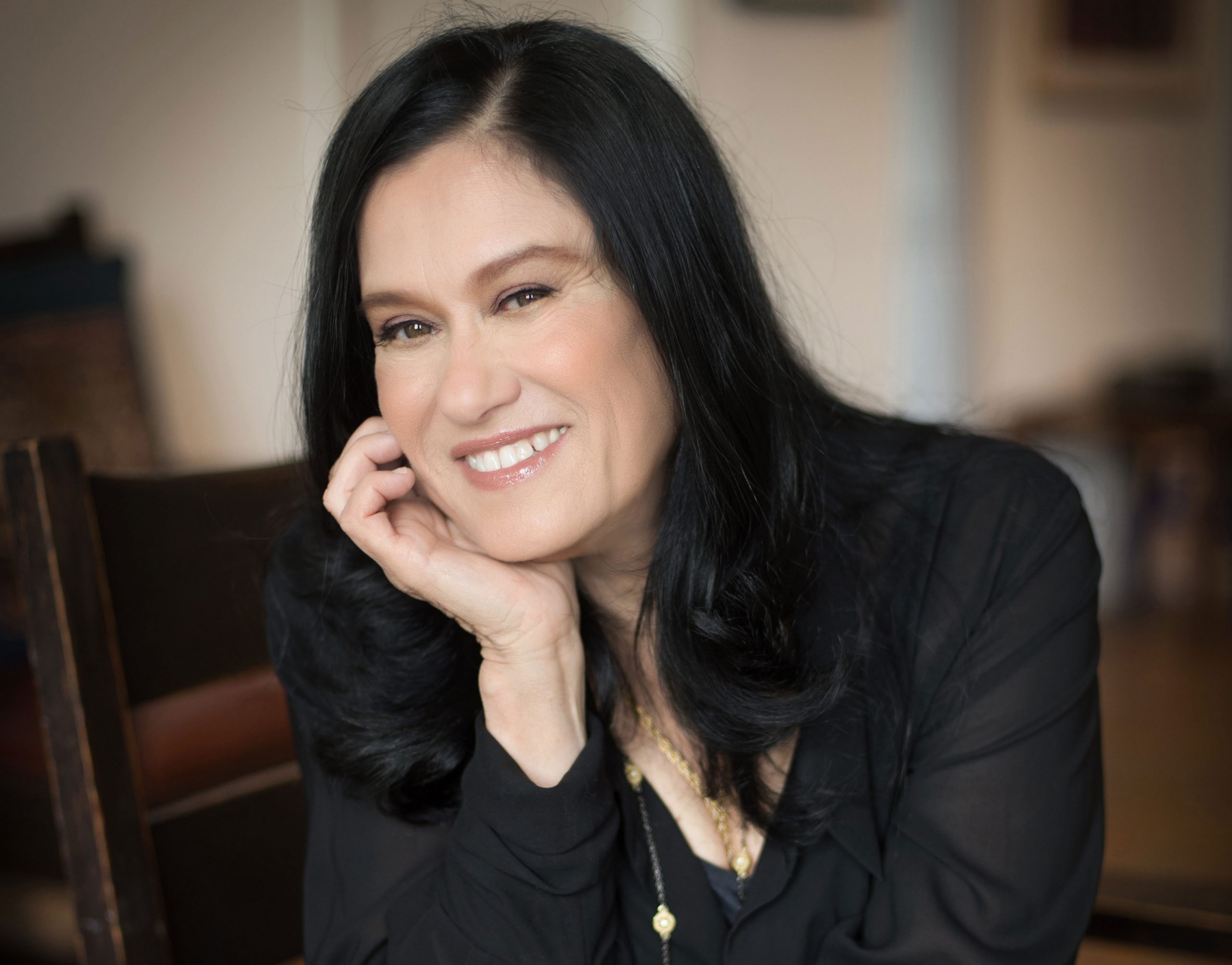 David Cassidy is a Peabody Award-winning and Emmy-nominated Documentary Producer. He has produced documentary series and features with two-time Academy Award winning director Barbara Kopple and Cabin Creek Films for over fifteen years. He recently premiered "Desert One" at the Toronto International Film Festival (History, 2020), which tells the story of the Iran Hostage Crisis with a particular focus on the American rescue mission Operation Eagle Claw. He served as producer on the MTV Movie Award Nominated film "This Is Everything: Gigi Gorgeous" (YouTube Red, 2017) which premiered at the 2017 Sundance Films Festival. He previously premiered "Miss Sharon Jones!" (Starz/Netflix, 2016) at the 2015 Toronto International Film Festival. The film follows the charismatic soul singer through her recent cancer struggle and return to the stage. In 2018, he produced the well-received true-crime doc "A Murder in Mansfield" (Investigation Discovery, 2018). Cassidy produced the Emmy Nominated documentary "Running from Crazy" (OWN, 2013) which had its’ world premiere at Sundance 2013 and aired in Spring 2014. Engaging his passion for baseball, Cassidy produced "The House of Steinbrenner" (ESPN, 2010) which aired as part of ESPN's Peabody Award Winning 30 for 30 series. He produced the verité documentary "Shut Up & Sing", produced & directed by Barbara Kopple and Cecilia Peck (2006), about The Chicks. Cassidy continues to produce with Cabin Creek Films where he is currently working on a broad development slate. Outside the office he lives in Red Bank, New Jersey with his wife, son, and four cats, where he is proud to serve as a volunteer firefighter and member of the Boro Planning Board. Esther Cassidy joined Cabin Creek Films after years of experience developing and producing documentaries for nationwide release in theaters, broadcast, and streaming and also for widespread use by colleges and universities and social justice organizations. She directed two nationally broadcast documentaries, Enemies of War for PBS and The Wrong Man: The Case of Edward Lee Elmore for TRU-TV. Among the films she has worked on with Barbara Kopple is American Dream, which won the Academy Award for Best Documentary Feature, among many other awards. She also produced a NY Times Critics' Pick, Birth of the Living Dead, a feature-length documentary released in theaters and streaming. Cassidy has a long record of securing funding for prestigious programs that support and train emerging documentary filmmakers from diverse communities. 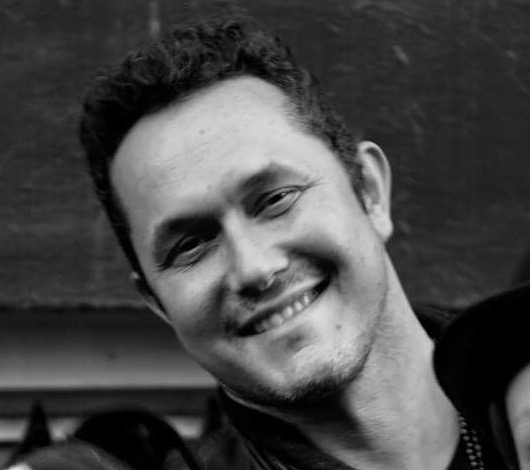 Williams Cole has been producing, directing and editing documentary film for over 20 years. Feature-length producing credits include Sundance premieres like "Finding Fela!" (2014), 99% - "The Occupy Wall Street Collaborative Film" (2013), the HBO feature "Gun Fight" (produced with Academy Award winner Barbara Kopple), "Even Though the Whole World is Burning (PBS 2016) and "Giuliani Time" (2006).  His directing credits include "Rebel Rossa" (2017) and "Barney's Wall" (2018) and a series of shorts.  He filmed in cities around the world for the Rockefeller Foundation's "100 Resilient Cities" initiative and produced over 60 short profiles of writers for Open Road Integrated Media.  He was a Fulbright Scholar at the London School of Economics and a founder of the Brooklyn Rail. 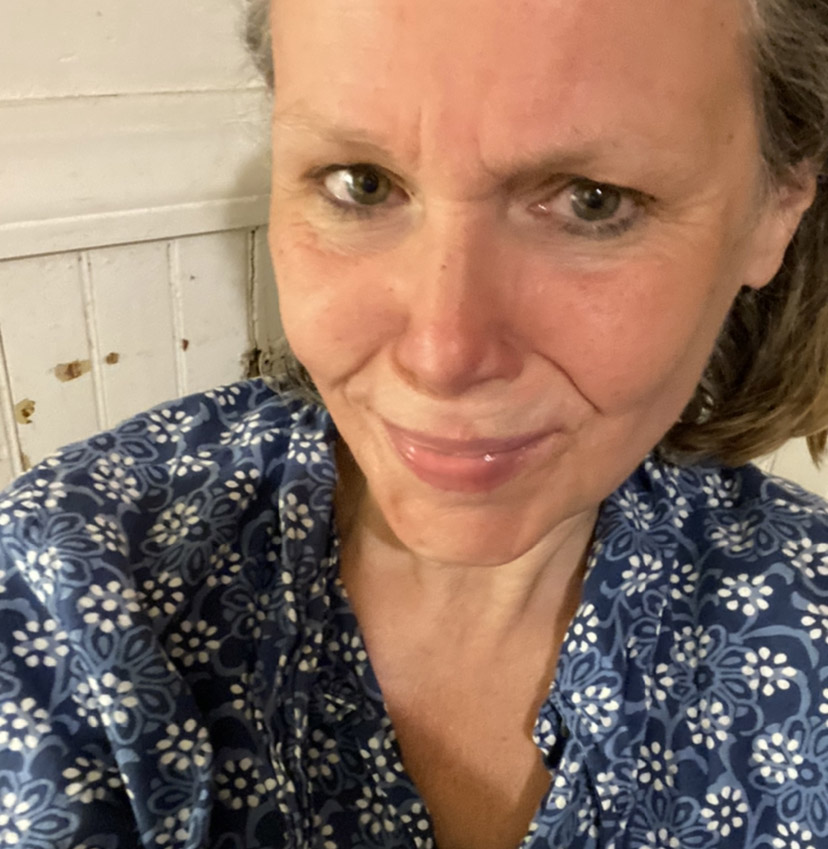 Maureen Dougherty studied fine art at Carnegie Mellon University and the NY Studio School. She has spent the last twenty-five years in the film industry, the last sixteen of which at Cabin Creek Films. In 2003, her own production company, MOJO FILMS, Inc was incorporated. Currently two films are in production, “Failure Is Not An Option” is about the Abysinian Development Corporation’s creation of the first high school to be built in Harlem in over fifty years (the Thurgood Marshall Academy for Learning and Social Change), which opened the 50th Anniversary of Brown versus the Board of Education, and “Listening to the Mountain” which is about the first US Outward Bound Instructor Tap Tapley and the future of outdoor education in today’s virtual world. 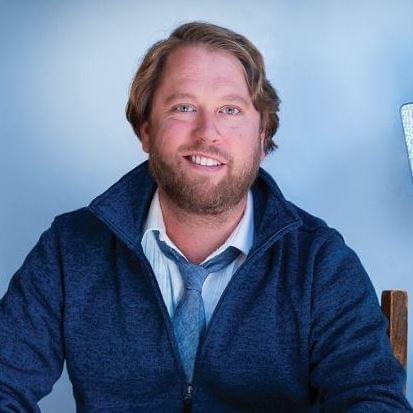 Ray Nowosielski is an Emmy-nominated filmmaker who has served as a film producer at Cabin Creek for the better part of a decade. He has also been a director, producer, consulting producer and writer on the productions of many acclaimed documentarians, including those of Academy Award-winners Art Bilger, Rob Epstein, Jeffrey Friedman, Alex Gibney and nominee Morgan Spurlock. He produced and directed on the Emmy-nominated third season of VICE on HBO and for the Webby-winning online series "We the Economy" and was a consulting producer to Gibney and Pulitzer Prize winner Lawrence Wright for the pilot episode of their Amazon original series "The New Yorker Presents". His investigative journalism exposing an alleged human rights abuser employed by the CIA was later dubbed “fantastic” and “brave” by The Intercept co-founder Glenn Greenwald. Nowosielski's string of collaborations with director Barbara Kopple include consulting producer for her Emmy and NAACP Image Award-nominated film, "Miss Sharon Jones!"; co-producer of a Discovery Channel film about climate change, "Killing the Colorado"; producer of two well-reviewed 2018 documentaries, the Netflix Original about "Johnny Cash,Tricky Dick & the Man in Black", and the Investigation Discovery true-crime film, "A Murder in Mansfield", and co-producer on her latest, "Desert One". He has written for Salon, Truthdig, Truthout and Fortune and contributed to investigations by The Daily Beast, Gawker, The Intercept and Newsweek. Skyhorse Publishing released Nowosielski’s first non-fiction book in 2018, "The Watchdogs Didn’t Bark", co-written with John Duffy. 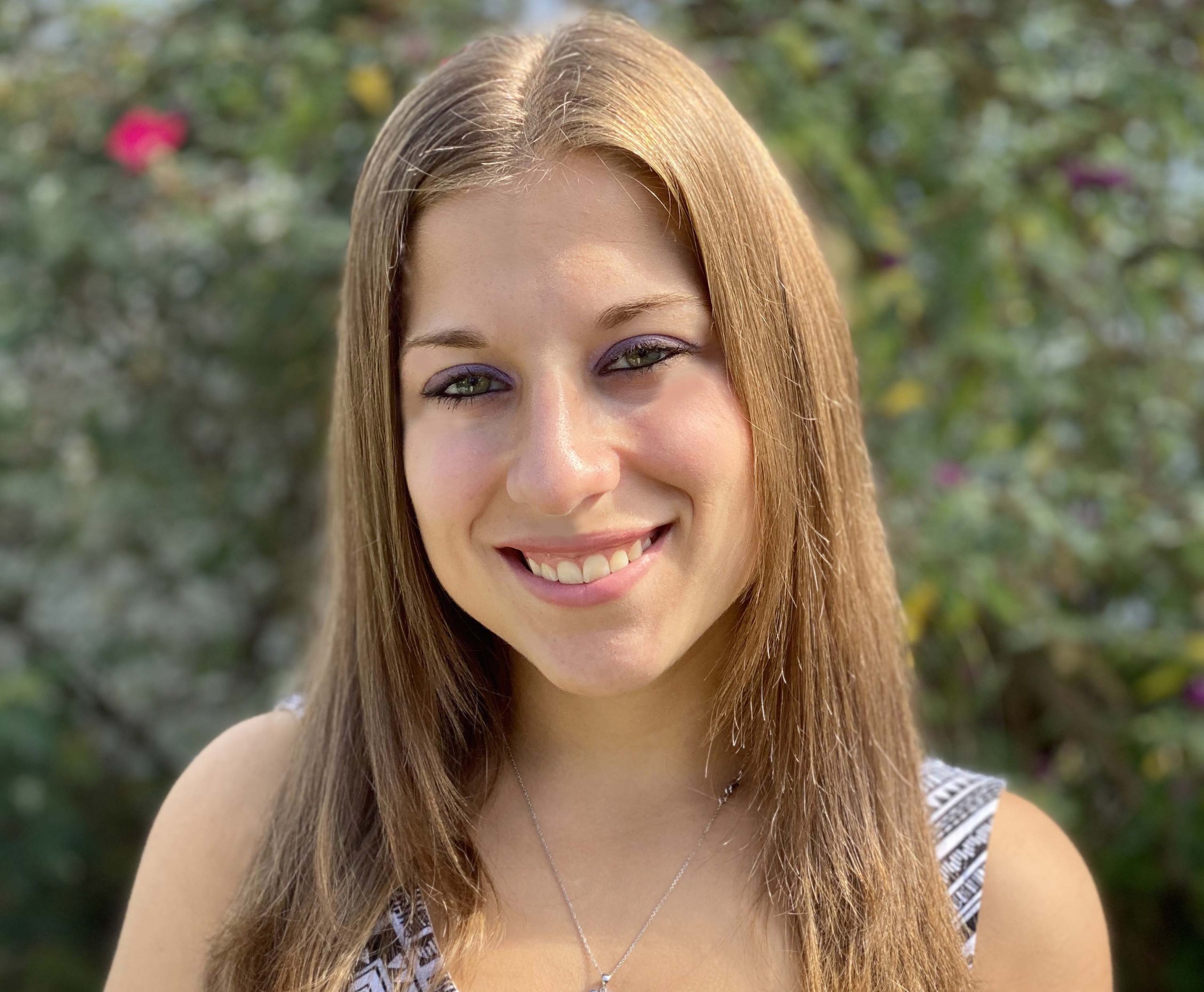 Michelle Purpura has been a filmmaker, editor, and artist for over 10 years. She is the Post-Production Supervisor and Associate Producer at Cabin Creek Films for the past four years. The most recent film she has worked on was "Desert One" (2019), which premiered at The Toronto International Film Festival and will broadcast on The History Channel. Many of the other featured documentary films she has worked on include "New Homeland" (2018, NowThis), "A Murder in Mansfield" (2017, Investigation Discovery), "This Is Everything: Gigi Gorgeous" (2017, YouTube Red), and a mini-series "Future Works" (2016, Fortune). Before working at Cabin Creek Films, Michelle graduated with honors from SUNY College at Old Westbury, May of 2015, earning her B.A. in Media and Communications. She worked as a Project’s Manager at the Collaborative Media Center, where she tutored students in digital media productions, wrote and created video tutorials, and updated the center’s website. At SUNY College at Old Westbury, Michelle held the Vice-President position at the TV studio, OWTV. During her last semester, she created and produced her own show called Center Stage. Each episode featured the best talents on campus. In 2014, Michelle was a video editor and graphic design intern at WomenWorking.com. She also interned at "The Bill Cunningham Show", where she had the opportunity to work in the Production, Research, Audience, and Post-Production departments to help create each episode for season three. Michelle also has directed and produced her own films. At the 2015 Mac Awards, ten of her videos were nominated and three won first place. At the 2014 Mac Awards, six of her videos were nominated and the package “Conscious Scapes Photography Exhibit Fall 2013" won “Best News Package.” Michelle’s first accomplishment took place in high school when she received 1st place in the category of Documentary Films at the Locust Valley Film Festival in 2011. She also received the title of “Most Outstanding Broadcasting Student 2010-2011,” where her picture is displayed in the Hall of Fame at Oceanside High School.

Cynthia Kane is a writer and sometimes producer originally from New Mexico. She helped transform the way global documentaries are seen on U.S. television. She is an Alfred I. duPont Columbia University Award and Peabody Award winner, an Emmy Award-winning-and-nominated producer. She co-created DOCday on Sundance Channel in 2002 where she instrumental in the premiere US broadcast of Jean-Xavier de Lestrade and Denis Poncet’s The Staircase (2006 Peabody and Alfred I. DuPont-Columbia Awards, IDA Award for Limited Documentary Series.) She co-produced Anne Aghion’s In Rwanda we say, the family that does not speak, dies, winner of a 2005 News and Documentary Emmy. From 2007-2012 she shepherded over 150 international and U.S. co-productions for public media at ITVS. In 2013, she helped launch Al Jazeera America’s documentary unit/Sunday night strand with series - Kartemquin’s Hard Earned, winner 2016 Alfred I. DuPont-Columbia Awards, Inside Obama’s White House - and one-off documentaries including Albert Maysles’ final work, In Transit, three films by Soledad O’Brien about issues from finally honoring veterans overlooked because of race, ethnicity or religion- Honored Delayed, the US’ opioid crisis within midwestern suburban communities – Heroin USA and young incarcerated men of color in New Mexico’s youth prisons - Kids Behind Bars, Barbara Kopple’s Shelter, Leon Gast’s Sporting Dreams, Michelle Shephard and Patrick Reed’s Guantanamo’s Child, Marc Levin’s Freeway: Crack in the System (the last two nominated for News and Documentary Emmy’s) among many others. With her UK partners at gbgg films and Les Films de l’Après Midi in France, Kane executive-produced, New Eyes by award-winning Ethiopian director Hiwot Admasu Getaneh (Venice, TIFF, Rotterdam.) Kane joined forces with Executive Director of NYWIFT and former NYC Film Commissioner Cynthia Lopez as creative consultants for Zeva Oelbaum and Sabine Krayenbühl's Letters from Baghdad about the extraordinary life and times of Gertrude Bell. In 2018, she co-produced Kim A Snyder and Maria Cuomo Cole’s Lessons From a School Shooting: Notes from Dunblane, a Netflix Original Documentary now streaming in 190 countries and which won Best Short Documentary at Tribeca 2018, the DocDispatch Award at Sheffield DocFest and top prizes at the Athens (Greece) Short Film Festival, the United Nations Association Film Festival at Stanford University and was nominated for a Grierson Award. Recent work: producer: The Ants and the Grasshopper (2021 by Raj Patel and Zak Piper, premiering at the Telluride Mountain Film Festival, winner of the 2021 Moving Mountains Award); consulting producer: Carl Gierstorfer’s 2021 film with DocDays in Berlin, The River Between Us; executive producer: The Letter by Kenyan filmmakers Maia Lekow and Chris King which premiered at International Documentary Festival Amsterdam 2019 and was Kenya’s entry for Best Foreign Film for the 93rd Oscars; producer: Maria Finitzo’s The Dilemma of Desire which was scheduled to premiere at SXSW 2020, but did its virtual premiere at Hot Docs, AFI Docs and has screened in over 60 film festivals globally and winner of multiple awards; co-producer for Us Kids with Kim A Snyder, Maria Cuomo Cole and Lori Cheatle which premiered at Sundance Film Festival 2020 and won the Human Rights Award at Full Frame 2020 and six other festival awards. Kane produces educational workshops and webinars for Women Make Movies, has been an Emmy juror, on awards committees for the International Documentary Awards since 2006, a Hot Docs Blue Ice Labs mentor, a member of American Film Showcase and participates frequently in filmmaker labs and training initiatives. Kane currently works as a freelancer with Barbara Kopple and Cabin Creek Films.

William Julien is from Parkland Florida and will be a junior at Duke University's Cinema Program this Fall 2022. He's been a filmmaker for the Africa Foundation and has won awards at several film festivals. He is fluent in both English and Spanish. 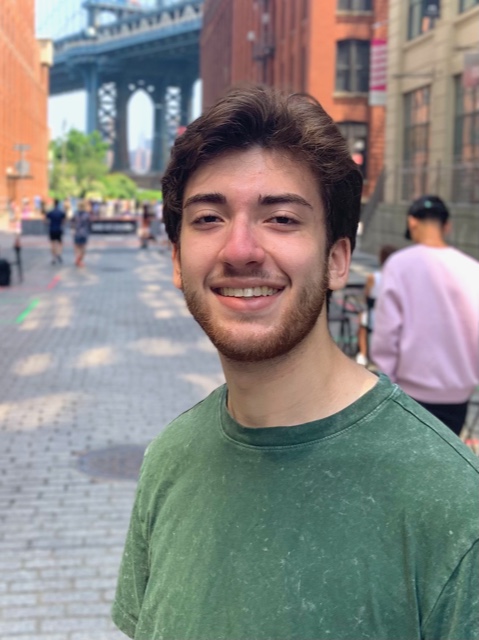 Intern from NYU Tisch School of the Arts

Elijah Beyer is a junior in Film and Television Production at NYU Tisch School of the Arts, with a minor in American Sign Language. On top of being a part of collaborative productions within his major, he has a passion for working with creators of various art fields, discovering how their craft communicates through the screen. 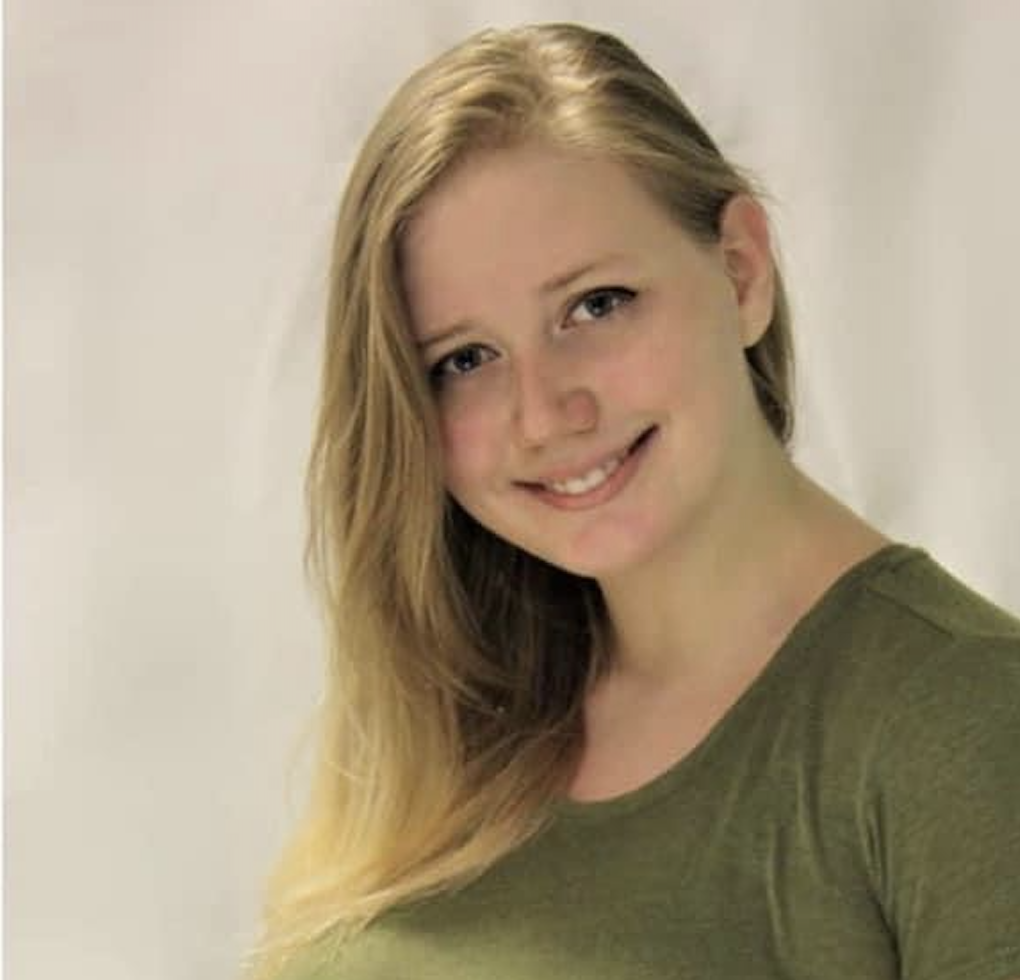 Chloe is a senior at New Jersey City University, majoring in film and television production, and scheduled to graduate this spring. She has worked extensively in community theater and has always had a passion for the arts, but more so for movies than anything else. She has won collegiate awards in short film, participated in 48-hour film festivals, and has edited and produced her own work for over ten years. 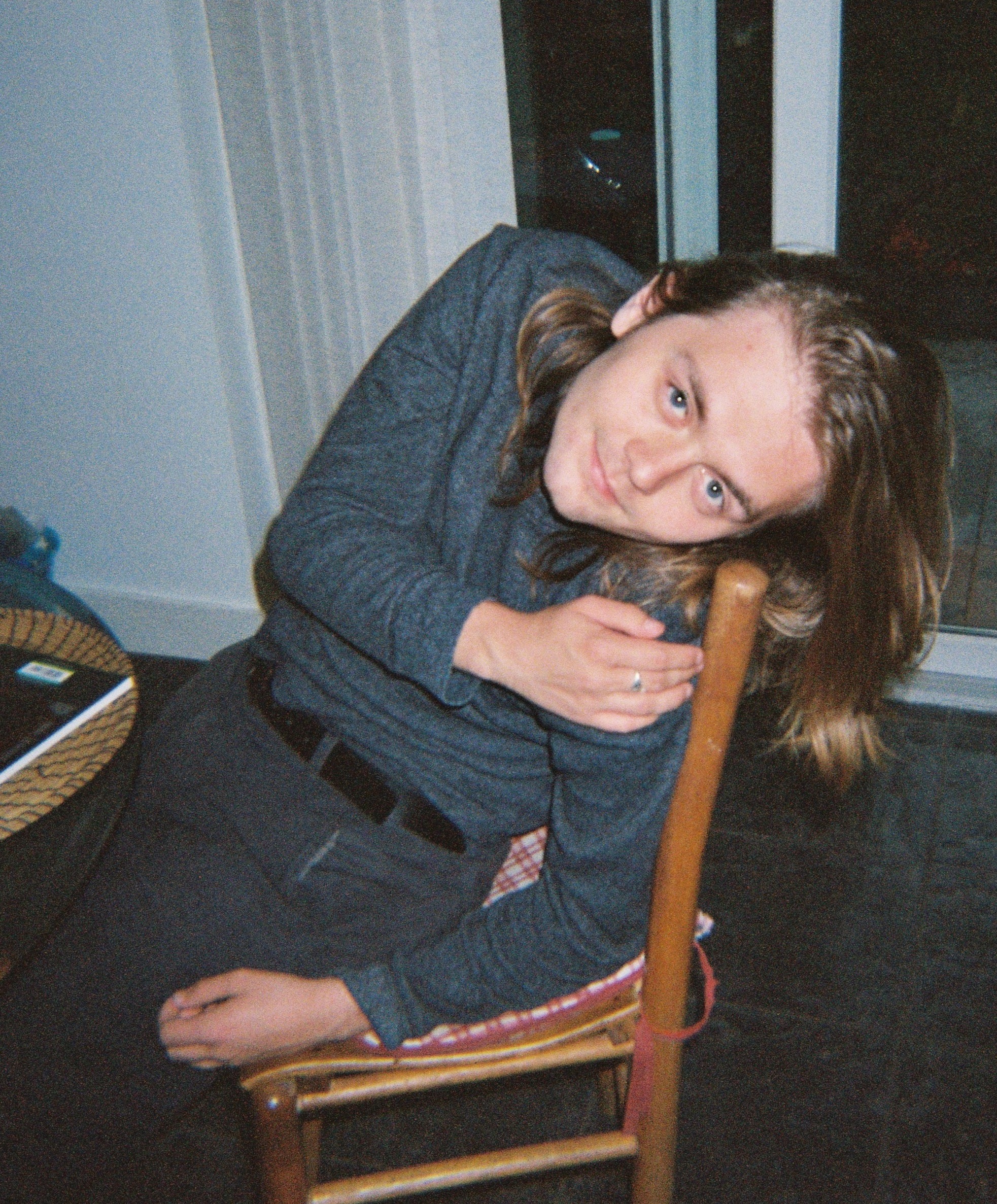 Jack Warren is a recent graduate of Wesleyan University hailing from the Hudson Valley. Their award-winning thesis film, ARTEMIS, has screened internationally and across the US, including the Woodstock Film Festival and the London FRINGE! Queer Arts and Film Festival. Their most recent film, When the Man Comes Around, began its run in November at the Rome International Film Festival and the New Directors/New Visions showcase at the Time & Space Ltd Theater in Hudson, NY