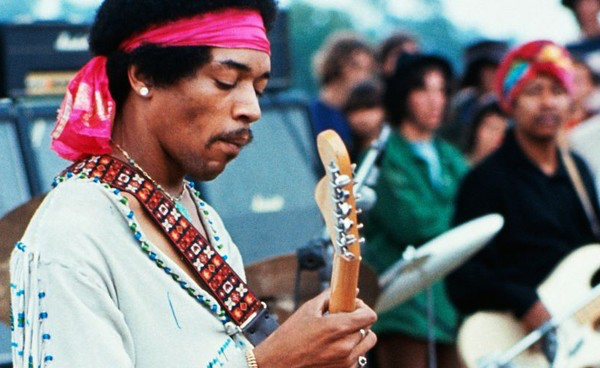 If you were there, if you just wanted to be there, if you’re angry that you’re just 17 and were born a quarter century too late to be there — at Woodstock, I mean — then have I got a documentary for you.

On the 40th anniversary of the greatest rock event of all time, VH1, VH1 Classic and History Channel have teamed up to produce a terrific, albeit nostalgic, documentary, “Woodstock: Now & Then,” directed by two-time Oscar winner Barbara Kopple and produced by the original festival organizer, Michael Lang.

The film combines footage of the festival from the original documentary, unseen footage, stills taken by people who were there, as well as personal interviews with those people.

Lang and the other organizers talk about what it was like to raise the money, find a sight (it was originally in Wallkill, NY) only to have the site closed down by angry town residents just a few weeks before the festival. After that hair-raising disaster, other disasters piled up, until they found a field and managed to convince the farm’s owner, Max Yasgur, to rent them the meadow. To everyone’s shock, Yasgur, a shy farmer, found himself the proponent of free speech and hero of the hippies when he stood up against neighbors and friends who didn’t want the festival in their town.

There are wonderful stories behind footage of the memorable performances, too. Jimi Hendrix, we learn, rearranged “The Star Spangled Banner” against the wishes of his band members who thought that it would be wrong for anti-establishment types to play the anthem, only to have it become one of the most iconic performances of all time. There is the story of how The Who wanted more money to play an extra set and how Lang had to be helicoptered to a bank to get a loan. There’s footage of Grace Slick waking up the half million muddy sleepers at dawn with “Somebody to Love.” There’s Satana telling how he was high on mescaline, Graham Nash telling how Crosby, Stills, and Nash had one previous gig, and one organizer relating how people felt sorry for Joe Cocker because they thought he was “a spastic.”

The “now” part of “Now & Then” gets interspersed with pre-teen kids today at a place called School for Rock and, yes, some of these kids sound like the next wave — even though they’re playing songs that are 40 years old.