The Music In You 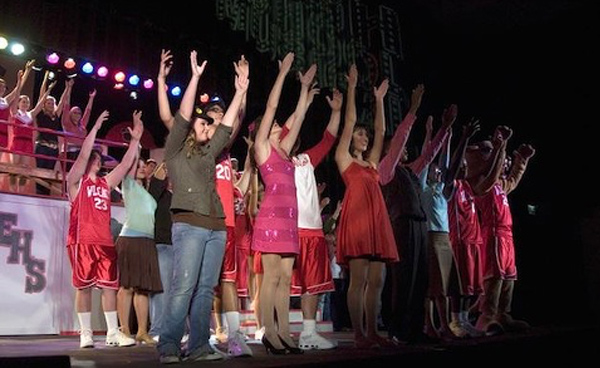 If there’s one thing I’ve learned while making documentaries over the years, it’s that you never know who will show you what really matters in life. I’ve filmed politicians and celebrities and highly educated experts, but I’ve learned the most from everyday people, like the students I met while making High School Musical: The Music In You.

Last summer, two rival high schools in Fort Worth put aside their differences and came together to stage a production of High School Musical. Just like in the Tv-movie, these students represented a wide range of personalities and backgrounds.One was a football player who thought the dance moves might help his play on the field. Some had years of theater experience; others had never been on stage.

One student, who played in a rock band with much older friends, approached the tryouts with a casualness that made him seem almost aloof. But to his surprise, he landed the lead.

Throughout the auditions and rigorous rehearsals, these students from different schools with different interests truly bonded. They knew that, like the characters they were playing, they had an opportunity to find common ground and create something special. But, like most everything in life, the production took some unexpected turns.

The student who won the lead struggled to learn his lines. Even though his passion was there, he couldn’t keep his role and found himself out of the play only eight days before opening night. But instead of seeing that as a reason to get down on himself, he was able to learn about his strengths and weaknesses. While we were filming, he met a cool girl, who he started dating and singing with. His experience proved that although life is difficult sometimes, people can come through even stronger.

One of the things I have always loved about making documentary films is that you never know what’s going to happen in the end. Just like in real life, you have to take risks and trust that you can make it to the other side.

This is now the fourth documentary I’ve made with the Disney Channel. The first three focused on specific struggles some young people face – living with AIDS, overcoming learning disabilities and feeling comfortable with their bodies. As with those three documentaries, HSM: The Music In You taught me so much about what we have to learn about overcoming our challenges. It doesn’t take fame, power or even a college education to teach someone that lesson. It just takes courage, heart and confidence – something the students I filmed had in abundance.