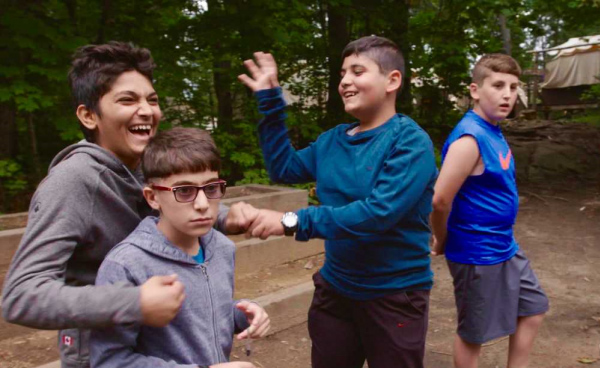 Every summer since 1914, Camp Pathfinder, a summer camp located on a small island in the wilderness of Canada’s Algonquin Park, invites a community of boys and young men from all across Canada and the United States to spend a few weeks in the backcountry learning how to camp, hike, canoe and fish. Two years ago Camp Director Mike Sladden, heartbroken by the tragic images from the growing global refugee crisis but inspired by Canada’s growing intake of asylum seekers, had an idea. What if he could find a way to bring a group of displaced boys from war-torn Syria and Iraq, who recently settled in Canada, to spend the summer at Pathfinder? If the camp experience could have such a profound effect on generations of boys already, imagine what it would be like for these refugee boys.Directed by two-time Academy Award winner Barbara Kopple, in collaboration with NowThis, NEW HOMELAND offers a unique and intimate perspective into the experience of building a new home after fleeing the traumas of war.