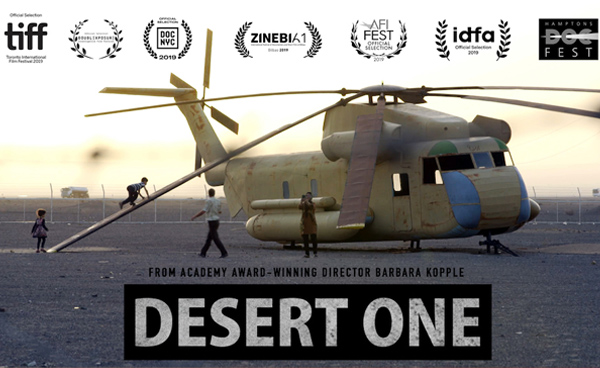 Two-time Academy Award®-winning director Barbara Kopple brings her superb storytelling gifts to tell the full, fraught tale of the covert mission to rescue the 52 American hostages held in the embassy in Tehran in 1980. Ayatollah Khomeini’s Islamic Revolution had just seized power and they were demanding the return of the Shah, who had fled to the U.S. when his dictatorship was overthrown, to stand trial. Instead, President Carter approved a high-risk mission to send a small team of highly skilled warriors to Iran to extricate the prisoners. Kopple gets remarkably candid interviews with all the participants: Carter himself, the men on the mission, the hostages themselves, the widows of the fallen, as well as Iranian guards and witnesses. We even eavesdrop on the phone conversations between the president and the men on the ground as their mission encounters unexpected hazards. Desert One is emotionally devastating, historically illuminating and as thrilling as a Hollywood action movie which has its world premiere at the Toronto International Film Festival and was released theatrically by Greenwich Entertainment.

“…a staggering, indelible, must see.”

“could compete with the year’s best action movies for drama and excitement.”

“It’s a thrilling account that is a kind of “Zero Dark Thirty” (2012) with a catastrophic ending.”

“Kopple’s latest film, Desert One, ranks among some of her best work.”